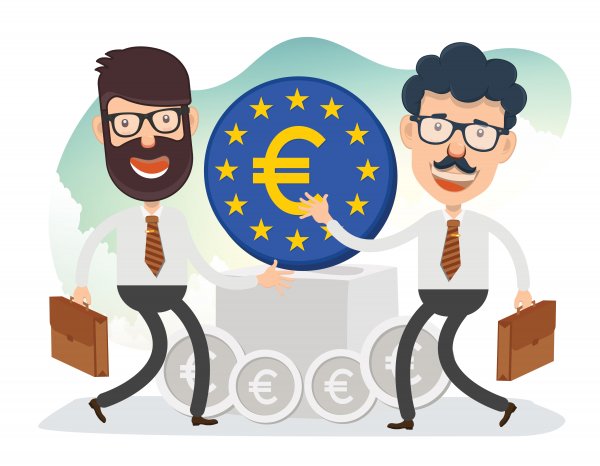 The term Brexit means ‘British exit’ and was coined in the run-up to the monumental 2016 referendum in which the United Kingdom voted to leave the European Union (EU) after 47 years of membership.

On 23 June 2016 the voting public in the UK was asked a simple question: “Should the UK remain a member of the EU or leave the EU?” A majority – 51.89% of voters – chose to leave and the UK became the first member state in history to exit the union.

The vote was called by the pro-European Conservative government led by Prime Minister David Cameron under mounting pressure from so-called ‘Eurosceptics’ within his own party. The ensuing slim majority vote to leave caught the government by surprise and David Cameron resigned in the aftermath.

While the referendum occurred in 2016, the UK could not simply leave the EU immediately. They officially withdrew their membership on 31 January 2020 and entered into a transitionary period lasting until the end of the year on 31 December 2020. During the transitionary period, the UK remained a party to European customs and trade agreements while negotiations on new arrangements were finalised.

After four years of negotiating these agreements became increasingly urgent, and major deals on trade, customs, information security and nuclear cooperation were not finalised until 24 December 2020, less than a week before the deadline.

To define Brexit it is helpful to have an understanding of the rationale on both sides of the vote.

The UK joined the European Economic Community (as it was then known) in 1973, but had always remained wary of full integration with other members. It never adopted the Euro as its official currency but opted to keep the British pound, and was not part of the Schengen open border area with mainland Europe.

Those who voted to leave had always opposed further integration with Europe and voiced concerns regarding the EU’s mounting debt crisis, its policy of allowing uncontrolled migration between member states and the worsening economic outlook of many member states.

Those who voted to remain a member of the EU did so out of concern regarding the economic destabilisation they believed leaving would cause in the near and long-term. They argued that if the UK failed to reach a trade agreement with the EU, by far its largest trading partner, the consequences would be catastrophic.

While over 50% of the voting public did decide to leave, this vote was not split evenly throughout the UK. Scotland and Northern Ireland voted overwhelmingly in favour of staying, but with a higher turnout in England were defeated overall. 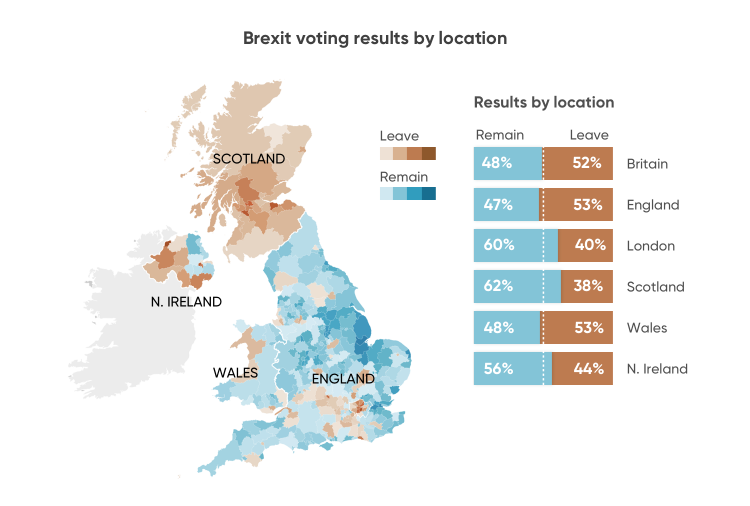 Though the UK and the EU were eventually able to reach agreements on many key aspects including travel, trade and immigration, the transition to independence has not been completely smooth. Northern Ireland is faced with increasingly violent protests demanding more access to Europe, and negotiations over fishing rights in the English Channel have been particularly tense.

A more prosperous post-Brexit UK is by no means a certainty, and there will be ongoing debates on whether leaving was the right choice for the foreseeable future.

Capital.com What is Brexit | Definition and Meaning