Learn to trade The basics of trading Glossary What is a blue-chip stock?
Share Article

What is a blue-chip stock? 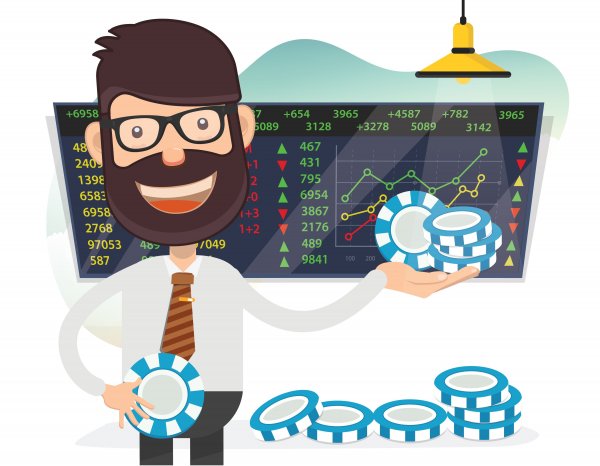 The term “blue-chip” is used to refer to a stock of a large, well-established, financially-sound and secure corporation.

Historically, the blue-chip stock definition dates back to the early 20th century. It was taken from a poker game, where blue chips had the highest value. Having nothing more in common with gambling, blue-chip companies have a history of paying dividends, posting earnings and increasing profits.

In general, stock markets always fluctuate and all companies, including blue-chips, occasionally go through downturns. However, blue-chip businesses stand out for their strong management teams that make effective growth decisions and deliver high-quality services and products.

A blue-chip is usually a large-cap stock with a market capitalisation of several billions and more. Generally, blue-chip stocks represent market leaders in particular sectors. Some examples of blue-chips with rock-solid reputations include Intel, Coca-Cola, Apple, Walt-Disney, IBM and many more.

Where have you heard about blue-chip stocks?

Representing the world's most famous companies, blue-chip stocks can be easily tracked and followed. They typically end up on the front pages of the top financial media. Extensive coverage makes it way easier for investors to become aware of the companies’ major events and updates, which may influence their share price.

What you need to know about blue-chip stocks.

It’s a common belief that blue chip stocks can outperform other investments. Even if you doubt the financial security of stock trading, blue-chips represent some of the most reliable options on the stock market. In his book “Stocks for the Long Run”, Jeremy Siegel claims that blue-chips may be the best financial investment a trader can make. Having analysed financial data from 1802 to the day of writing, he came to the conclusion that blue-chip stocks performed better than even gold or bonds.

As with any stock, there are positive and negative aspects of trading blue-chips. Even the stocks of the most successful industry giants are not immune from drastic price downswings. And as we now, the bigger they are, the harder they fall. In addition, blue-chip stocks are often expensive and have low dividend yield. But these drawbacks are offset by the earnings and actually paid dividends.

The majority of blue chip stocks are listed and traded on the New York Stock Exchange (NYSE) and constitute a significant part of the Dow Jones Industrial Average (DJIA) and the Standard and Poor’s 500 (S&P 500) indices.

If you want to include the blue-chip stocks to your investment portfolio, you should pick them up at the right time. It is believed that a good time to buy blue-chip stocks is right after a disappointing financial report, or any negative event that may affect the stock price. It will give you chance to buy this stock at a relatively low price and sell it higher, when the price rebounds some time later.

Blue-chip stocks may serve as core holdings of a larger investment portfolio, but definitely shouldn’t be its only constituents. It is strongly recommended to diversify the portfolio with mid and small-cap stocks as well as other asset classes.

Looking for a New York Stock Exchange definition? Also known as the “Big Board”...

They are, by some measure, the top 500 quoted companies in the United States. The S&P...

The Dow Jones Industrial Average , commonly known as "the Dow", is an index of 30 major...

Capital.com What is a blue-chip stock