The stock market as a whole recorded a sluggish performance this month as some large institutional investors shifted money towards the bonds market in search of safety and higher yields offered on the debt market. This shift has stopped the market in its current uptrend and pushed it downward, temporarily pausing a year-long climb.

The poorly performing technology sector has also added its weight to the market dip. The NASDAQ fell sharply starting mid-February from a high of 13,900 points to less than 13,200 points, driven by losses recorded by large tech companies such as Amazon, Apple and Tesla. Many companies in the technology sector have reached a tipping point after their recent stratospheric price levels.

The flagship US market index S&P 500 only recorded a small 4 per cent rise over February 2021 while originally heading higher and hitting a high of 3950 points. It maintained strong growth following successful vaccination campaigns in many countries and amid hopes that the economy will return to full speed earlier than expected. The index is predicted to rebound shortly thanks to strong fundamentals.

While the global market has hit a dent in mid-February, a number of individual stocks have managed to outshine their counterparts. Some have been benefitting from the pandemic while others have rallied thanks to recent developments. A couple have seen a ten-fold performance compared to the S&P 500. This begs the question: what are the best performing stocks of February 2021?

Viacom is one of the top performing stocks this month. It outperformed most of its peers and has escaped the fate that befell the market. The stock recorded a 33 per cent rise in February alone and has seen its price rise indefinitely since March 2020.

The media company has profited from the current pandemic and the lockdowns it provoked as it attracted more viewers stranded in their homes. The company has racked up more profits as people consume more TV and online content while putting outdoor activities aside to stay on the safer side and as more companies adopt work-from-home schemes permanently. Viacom was also able to surprise the market with the half a billion revenue it derived from the Super Bowl show. 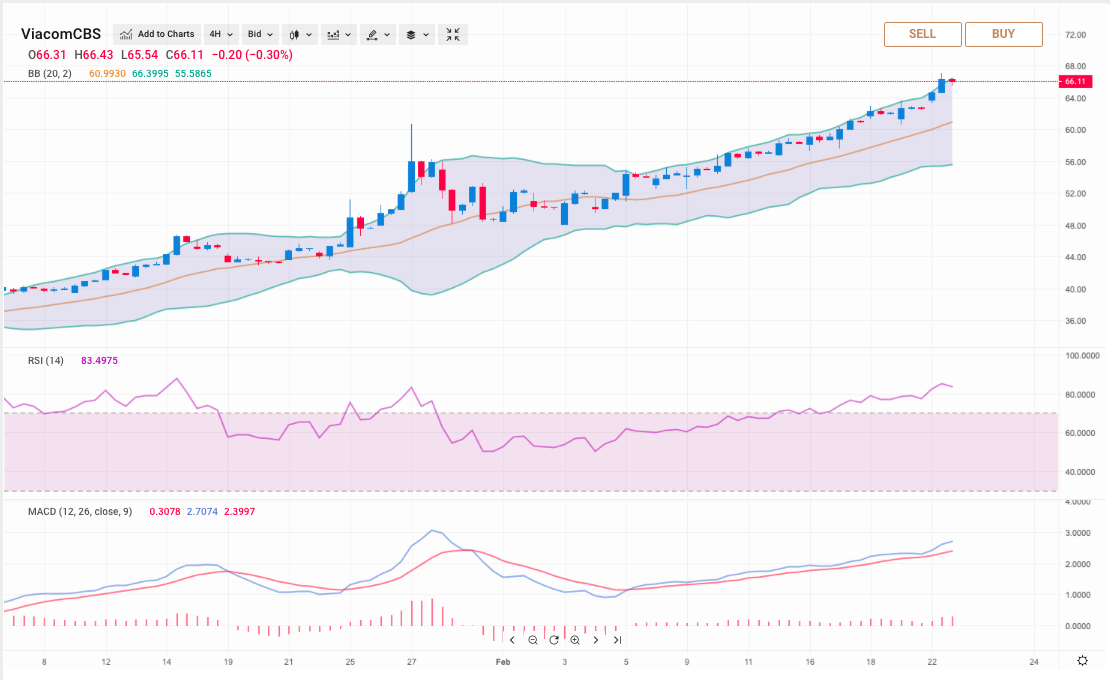 After a small hiatus at the end of January, Discovery has prolonged in February a steep rise that started in November 2020. The stock price went from $42 to $55 in the span of less than a month, booking a 31 per cent gain.

A major player in the media sector, Discovery has offered its viewers an entertainment vector through the various lockdowns with its documentary-oriented offering. As a direct beneficiary of the pandemic, the company expects to see the number of paying subscribers continue to grow and to reach 12 million by the end of the month.

It is actively targeting new segments currently controlled by competitors Disney and Netflix and strengthening its hold on the TV content market. 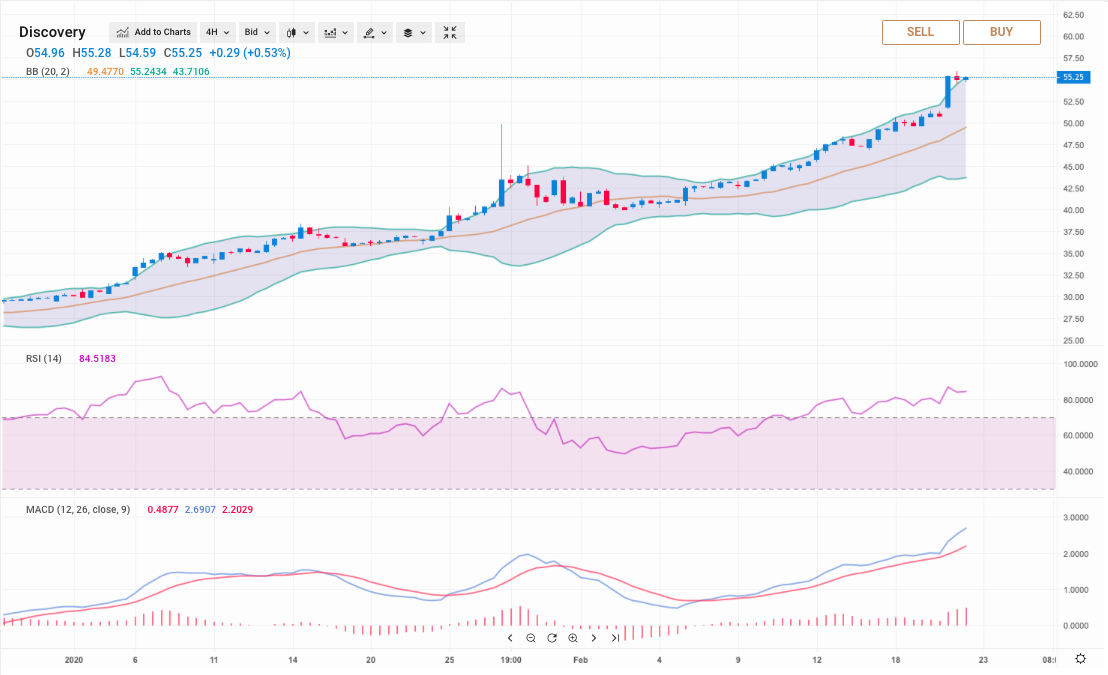 Marathon Oil has reached a high of $10, making an outstanding 38 per cent rise over its price at the start of the month. The company has benefited from the lower oil output in the market from shale producers who have suffered from this year’s freezing temperatures.


The cut in production sent oil prices higher, breaching over $60 and reaching a two year high. At the same time the company released its 2020 results announcing lower than expected losses, surprising analysts and driving its stock price even higher.

Additionally, the company has signalled the introduction of a number of cost cutting measures that further helped lift its share price and will eventually permit maintaining it as income improves in the near future. 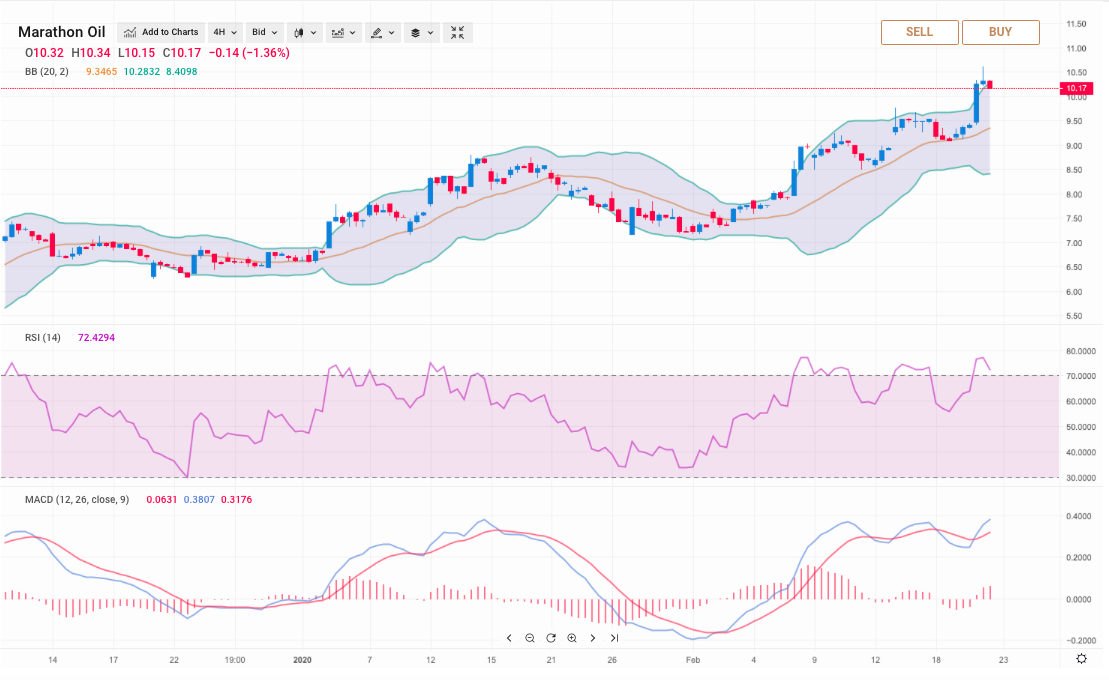 One of the few big technology companies to avoid this month’s downfall, Twitter hit $70 a share and a 34 per cent monthly increase, making it one of the top performing shares in the whole market.

The company has become a cornerstone in official public relations as shown in its use by the President of the United States of America and other prominent politicians around the world. Twitter was able to avoid criticism and government scrutiny thanks to its news management policy during the US presidential campaign – contrary to Facebook which has drawn considerable criticism.

Twitter has outperformed its peers although it has announced missing internal revenue goals. Investors welcomed the aggressive cost cuts put in place, such as the highly reduced employee and executive bonuses. 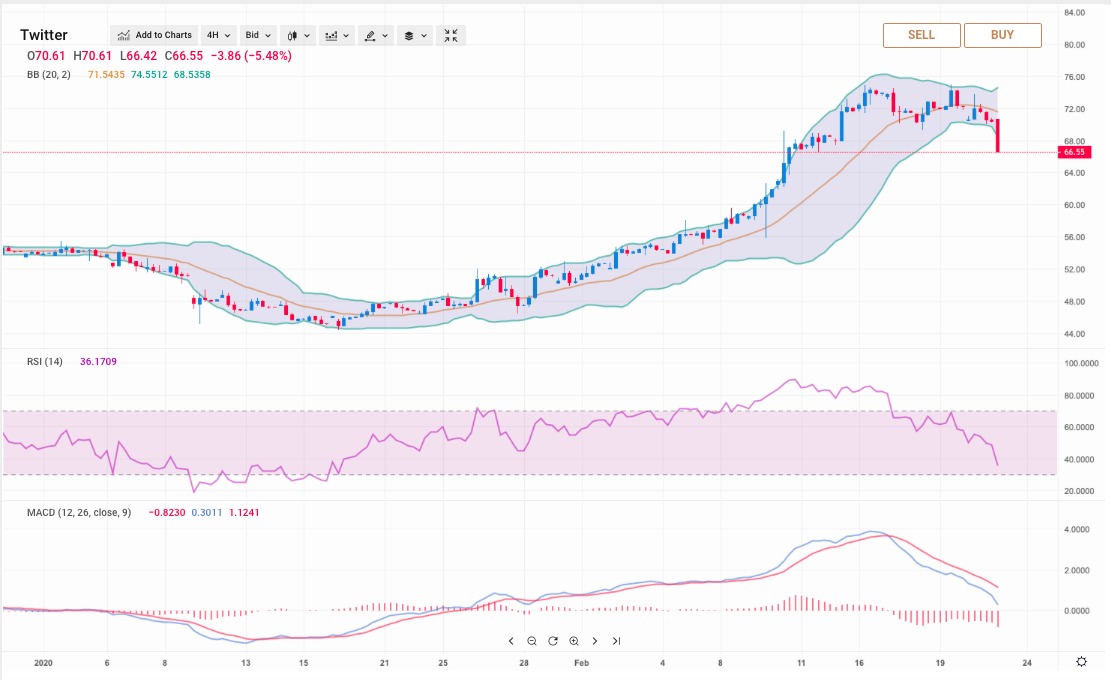 Another technology company to outdo the market is Western Digital, a data storage devices manufacturer. The hardware producer has reached $67 – up from $57 USD – an 18 per cent increase in the last three weeks, maintaining a strong growth since Q4 2020.

Western Digital is one of the main actors in the data storage arena. The sub sector has seen consistent growth thanks to ever increasing demand for storage capacity of cloud operators, companies and end-users alike.

The company has also exceeded expectations by posting a larger net income and revenue for the fourth quarter of 2020. It plans to unveil a new type of more performant memory devices later this month – which are going into production early next year – providing it an edge in the market. 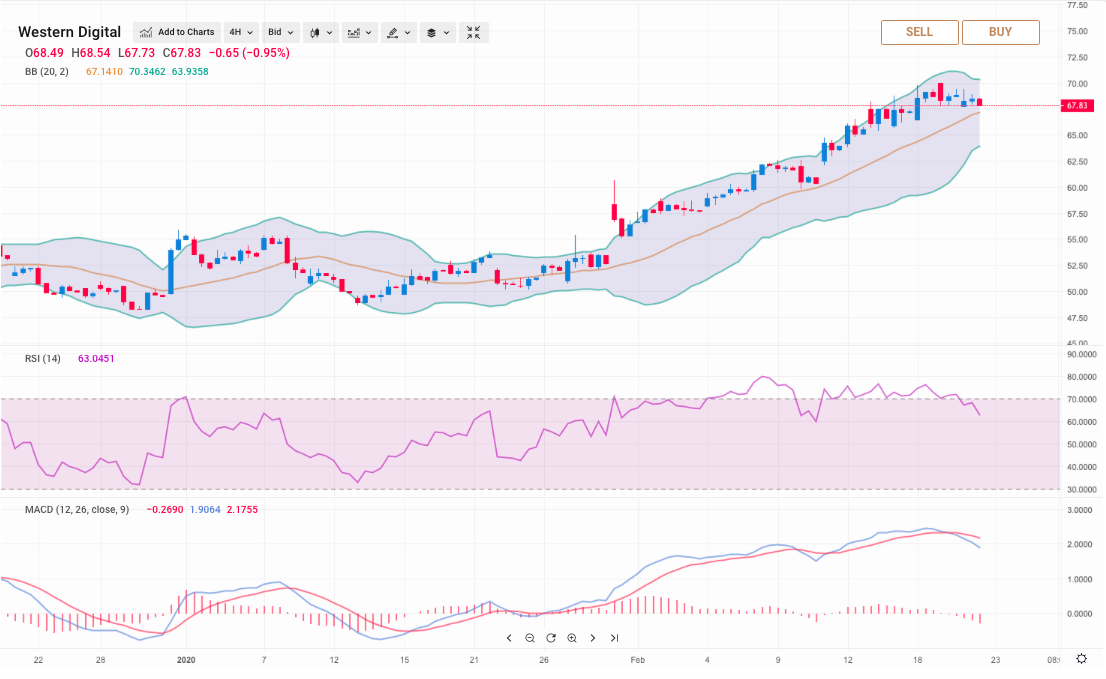 CFDs offer you easy access to outperforming stocks like these with no need to buy them. Expand your investment and trading horizon by speculating on the price fluctuations of the largest and most active markets in the world. Follow the stock market news at Capital.com and spot the best trading opportunities with us. Learn more about CFD trading in our comprehensive trading guide.

Market opening price
()
Current price
Profit/Loss*
Trade commission
$ 0
Trade Now
Rate this article
Ready to get started?
Capital.com Download
Capital Com is an execution-only service provider. The material provided on this website is for information purposes only and should not be understood as an investment advice. Any opinion that may be provided on this page does not constitute a recommendation by Capital Com or its agents. We do not make any representations or warranty on the accuracy or completeness of the information that is provided on this page. If you rely on the information on this page then you do so entirely on your own risk.
Share Article